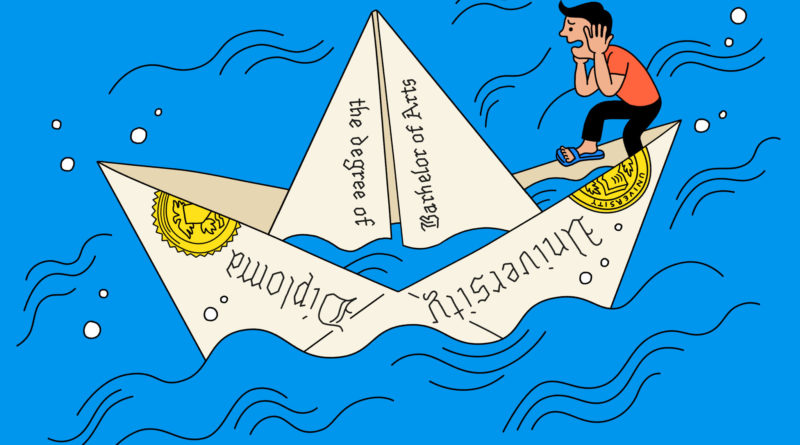 Generation-X parents were brought up in a world where college was affordable or not – but it was a necessity. I mean after all, when we were in High School, we were promised the illusion of the golden ticket. We are told to earn a paper degree and watch the opportunities roll in.

Today, when almost everyone has a college degree (if not a Master’s), its value is increasingly becoming a commodity rather than an asset.

As a result, the golden ticket we were promised rarely leads to our desired job upon graduation, if at all. According to the U.S Department of Labor, 53.6% of college graduates under the age of 25 are either unemployed or underemployed.

This may be harsh to read for some people, but most college admissions could care less if you earn a useless degree like a Master’s Degree in Creative Writing – neither do the rest of the world. Professors don’t have your best interest as their priority. First, with some lecture halls that seat more than 500, it’s hard to forge a relationship where you could get additional understanding. Second, most of these professors are in the midst of their own research or working on their tenure for their own careers and teaching is part of their contract.

So Generation-X parents – I put these then and now together to give you a bit better perspective. Understand this – the colleges don’t care pass or fail – you or your young adult is still on the hook for paying the toll.

Think Critically here – if a person has a Masters Degree in Financial Advising – why aren’t they rich? Let’s get to the list!

Then: Technology was driving workforce changes.

“Technological shocks’’ in the late 19th and early 20th centuries drove the need for higher education to equip workers for the job market. According to Harvard economists, Claudia Goldin and Lawrence F. Katz, industrial growth and urban societies demanded a labor force skilled in physics and chemistry for manufacturing steel, rubber, chemicals, sugar, and drugs and products for the use or production of electricity.

In response to this explosion in demand, many states are struggling to fill critical job vacancies and are offering special grants to colleges, such as WGU, to recruit skilled workers in these fields.

But there is a caviat. Companies like IBM, Microsoft, and many others including companies like Ace Insurance outsource their technology work to outside countries. The Technology Boom back in 2000 busted, causing many workers to take pay cuts of up to 35% each year. Colleges and Universities have emptied out because so many of those jobs paid less than those who were working in trades.

Trades have overtaken the high paying job market where a system administrator who was at one point in time earning $45 an hour now has a hard time getting over $18 an hour. An Auto Mechanic is getting paid $65 an hour. Additionally, some of your other trades are earning upwards to $125 an hour – and all of that money is without a degree.

Then: College was accessible only for the wealthy elite and students lived on campus.

In the 1600s, colonists established the first colleges based on the educational traditions they brought with them from Oxford and Cambridge Universities in England. Most students, as young as thirteen and fourteen, traveled a long distance to attend college and had to live on campus in residence halls which became known as dorms.

In the early part of the 20th century, there weren’t many options for financial aid to go to college. If your family wasn’t wealthy, odds were good you didn’t go. Rather than obtaining a Bachelors Degree, many opted for an Associates Degree in either Science or Arts, which was a good baseline for decent paying jobs as in 1980’s it was the entry-level degree into many of those areas.

Only 14 percent of all college students live on campus today, as more and more are opting to study from home and sleep in their own beds. Federal data shows that more than 6.3 million students in the U.S., mostly undergraduates, took at least one online course in 2016, a 5.6 percent increase from the previous year.

And in terms of financial access, The Higher Education Act in 1965 established federal grants, loans and other programs to help students from a wider range of socioeconomic backgrounds go to college.

Additionally, the Bachelor’s Degree, which commonly was the step-up in the chain to higher pay, has now fallen to below the entry-level degree for jobs. More and more companies are looking at rising that level to Masters Degrees. This indicates that there is either A) A slippage in the quality of the degrees in the education system, as say – technology and accounting has not changed its functions or B) That the coursework that is required for the degree is no longer what organizations are need.

Then: College education was relatively cheap.

In 1957 Fortune magazine published an article titled “Colleges are too cheap” in which they proclaimed that, “U.S. higher education is, in fact, an enormous charity.” The article concludes that colleges should consider charging more.

Even 21 years later, in 1978, things hadn’t changed much: A student who worked a minimum-wage summer job could pay for one year of tuition at any 4-year public university, according to OurTime.org.

Now: College can be either prohibitively expensive or more affordable than ever.

More recently, Fortune has changed its tone, running an article titled “How to fix America’s crazy high costs of college” and asserting that, “Tuition has been rising faster than the inflation rate for as long as anyone can remember.”

The average student loan borrower graduated college with $28,650 in student loan debt in 2017, according to the Institute for College Access and Success. Now that is an Average, that means that 50% were below that, and 50% was above that. The average payment right out of college? A Car Payment of $363. That means right out of the gate, the student needs to have a job that makes that base rate.

When you add everything from an apartment, a vehicle, food and all of the other things, you are looking at having to have a job – right out of college – that makes $2,468 a month. To get ahead – $3,468 a month.

Then: College graduates earned far higher salaries than those without a college degree.

Now: Degrees may not be more important than before.

Since the 1960s, inflation-adjusted average starting salaries for new bachelor’s degree graduates has increased by 5.9 percent. Obviously, depending on what industry you work in, your salary will be different, but one thing remains clear: some bachelor’s degrees are still highly valuable.

In fact, today, the number of graduates with bachelor’s degrees is almost four times what it was then, however, when you look at salaries, it has not kept up with the cost of obtaining the degree, and inflation.

This discrepancy is why some fields are not gaining new enrollees, as jobs that are considered “essential” to the operation of the nation are paying minimum wage or about $10-$12 an hour, and high tech System Administrators, who keep computers and machines running earn $20-$25 an hour.

Federal loan borrowers are considered to be in default once they go 270 days without making a payment. As of the first quarter of 2019, there are an estimated 5.2 million federal student loan borrowers in default.

Student loan balances are likely to continue climbing as college costs rise or hold steady at already inflated rates. With continued outsourcing of careers from the United States to outside of the Nation, parents and counselors need to focus their young men and women away degrees that have no career path. These students will find themselves with a degree, $45,000 in debt and qualify for a cashier job and never be able to make the payments, as evidenced in the last 10 years.

Students who borrow excessively risk falling behind on their payments (keeping in mind that not everyone takes out federal loans, and not everyone is eligible for an income-driven repayment plan). A better bet is to keep debt as low as possible. You might opt for more affordable schools over pricier ones and work while you’re earning a degree.

Student loan debt is a big issue in the United States. And, as of now, it looks like it’s going to continue to grow. 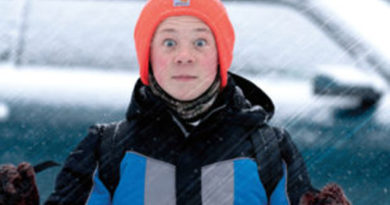 Thinking about Selling this Winter? Here’s 5 reasons now is the best time! 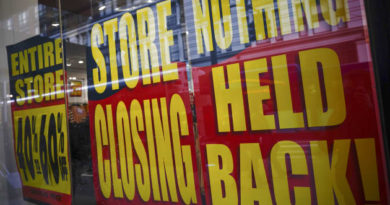 Quote of the Day: "My father always used to say that when you die, if you've got five real friends, then you've had a great life." - Lee Iacocca