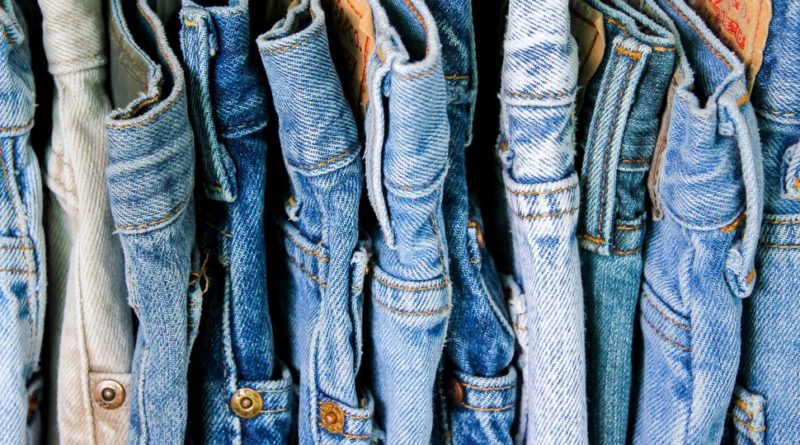 Don’t take it personally.  Your adult kids don’t want your furniture or other possessions.  But also understand, other people don’t want your stuff either.  Think about it.  Your kid’s inheritance is quite different: an avalanche of unwanted china, unfashionable furniture and memorabilia that reflects someone else’s memories.

They don’t want to have anything to do with it.

The reality is that lifestyles have changed. Younger people typically don’t have the time or the inclination to polish silver, hand-wash china or iron linens. They often don’t want heavy, dark wood furniture — and neither do buyers, apparently, as values for old furniture have plunged.  That wonderful set of silver-plated sets?  Just throw them in the trash.  Even thrift stores are inundated with silverplate that won’t move.

Sometimes, people line up nose to nose to go into an estate tag sale or get to an auction to get the best deals.   But there are always some things that don’t sell.   Some will say “I will just put it on Facebook Marketplace” or other places.   Many ask me what could have been done differently to market the auction or tag sale to get better results.   Well Nothing.

Then the next question is why I accepted an offer for a piece of furniture they consider low ball.   You have to look at it in an appropriate way.   You are fighting with an economy in flux.  Older folks are retiring from buying at auction because – they have a full house!  Younger ones aren’t buying because they don’t want a full house.   At an auction, I will start a bid at $50 and work my way up to the final bid – say $300.   At tag sales, I will price an item at $1,300 and after days of cutting prices and then at the end of the day negotiate a lower price and sell an item for a final price of $120.  Why?  Because that is the nature of both of the businesses.

“But I can’t figure out why you can’t get more for it.”

There are three reasons you can’t get more for it.  The first and most obvious is that it is overpriced.  Folks simply do not care that you have a receipt for a product.  Period.  You can pay $4,000 for a bedroom suite, and its not worth but about $80 on the second hand market.   Second, people are not buying depending on the time of the year.   A bad time to have any kind of personal property auction is around September 11, and Christmas.  And the last reason, which most can’t understand is people just don’t want it.  Furniture, Beanie Babies and everything that you over paid for – no one wants. PERIOD.

But you are a professional marketer – why can’t you get it sold?

It is purely a cost versus return scenario.   The cost of marketing something over time can turn into $1,500 and even $2,000.  So on a piece of furniture people want for cheap – they are going to talk you into a couple of hundred for that $3,000 set you bought.   This is not the markets of old where you throw an ad in the pennysaver and poof, it’s sold for close to retail.  Your markets and your buyers are online – they see the price, and they approximate what they want to buy it for.  90% of them will offer up to 10%-20% of retail, and the other 10% may go a bit higher.

If you’ve been struggling to sell your unneeded items, my guess is that it’s because of one of the 3 reasons below…

1. Your prices are too high.

I’m not trying to sound rude… but no one is going to buy your “excellent condition” stuff or “like new” stuff or “still in the box” stuff unless they feel they are getting a REALLY good deal. And they are definitely not going to buy your “well used” stuff or anything with any sort of issue or stain or problem unless it’s almost free.

Yes, you might find an exception to the rule every now and then, but for the most part, there are too many other people out there who just want to get rid of their things ASAP so they set their prices really low in order to sell quickly.

I have people who want to put reserves on items in their house.  That is fine, but we have seen it where you put a reserve on it – it never, ever, ever, ever, ever and one more ever, sells.  Ever.  After all, if the point of your sale is to clear out your house, wouldn’t you rather have a clutter-free house and a little extra spending money versus sitting and waiting while all your stuff sits piled up in your home?  Then you have to wait for people on to of that in the case of your house selling for them to come and pick it up.  That don’t work on a tight schedule.  Most do not realize the buyer, not the seller sets the price that they are willing to pay.  The Supreme Court held that “The value of something in a particular market is determined by how much a person will pay for a certain item.”  So even a “reasonable” reserve, can cause a no-sale.

Your stuff isn’t worth as much as you think

Nerdwallet reporter Liz Weston reported that Appraiser Elizabeth Stewart of Santa Barbara, California, appraised a 18th-century highboy, or double chest of drawers, and had to break some bad news to its owners.

She reported that 20 years prior, that piece would have brought $8,000, but in today’s market it would bring $800.  We are finding it may not even bring that.  Worse is that regular, mass-produced furniture is typically worth much less than that, even if it’s well built and in good condition, Hall says. She’s seen entire dining room sets from the 1940s sell for less than $100. Also unloved: large pieces such as armoires and cabinets that would be out of place in modern, more minimalist homes.

“Can you imagine a millennial with a china hutch?” Hall asks.

It goes further than that.   On August 3, I traveled to Selma, North Carolina considered the Antiques Mecca of the Eastern Seaboard, and spoke to one of the owners of a few shops in the area, and spoke to Michelle Collier, an Antique Aficionado who owns a store in Goldsboro, NC.   With the changing economics of their stores, they found that much of the furniture takes longer to move than normal.   An example was an antique Pie Chest that 20 years ago would bring in a premium of upwards to $3,000, twenty years ago.  “Antiques are just not moving like they used to.   The Pie Chest sold for less than what we paid for it in order to move it.   The price $75.

What is the end result?  They simply do not purchase it.  If they can’t sell it – they don’t buy it.

At one of the stores had a tag on a Six-legged sideboard with inlay around the keyholes. The drawers are beaded and the drawer slides are mortised through the back. The item was exquisite and was a sturdy piece.   The original price on it was $1,200, and the tag was marked down from the original tag to almost 80% off at $240.  I was told it has sat in the same spot for more than 2 years.  Going back two months later, it was still there, and marked down again to $80.

One owner says “We have a lot of folks come in and browse, but they are buying smalls, and have interest in the furniture items, but are not buying.”  They are not buying it at auction or at estate sales at full price either.

I can’t tell you how many garage sales I’ve been to with no rhyme or reason to how anything is displayed. Some sales don’t even have the clothing separated by size or gender so it’s nearly impossible to find what you’re looking for.  Or they have heaps and heaps on the table for people to dig through.

They call that a rummage sale, not a yard sale.

There have been garage sales that the person tells me that the item that they are selling is in excellent condition and that it works perfectly – with no problems whatsoever and it looks like it went through Iwo Jima.  Completely beaten up and destroyed.  But they want that new price of $80 for it.  In my mind they are nuts.  In their mind they are reasonable.

If it goes online – the pictures that get me the most are the ones who are standing with no clothes on in a mirror or in a tea-kettle.  No one wants to see that, and your sales aren’t going to increase when people see that, either.

Even if you have a competitive price point and display/describe your items nicely, they just don’t sell. In these situations, it’s almost always because there isn’t enough buyer demand.  If you look at the Edsel, and so many products that made it to market and then disappeared, you get an idea that when markets go away, they go away and come back for a short period of time in a decade.

Maybe it’s a very rare antique that only the “right” collector would be interested in. Or maybe you live in a more remote location so auctions and estate sales are limited or prohibited.  Having someone to come in, pick it up, move it, and take it someplace to sell will cost you a ton more than donating it.  No, really – I am not kidding.

Over and over and over again, I get emails discouraged individuals who have had tag sales and they have a mountain of stuff left over, and no place to sell it – so they want me to auction it off.    I have to tell folks, if they have not sold it at the estate sale, they aren’t going to get a bid on it at auction.  It is just a fact of life.

If your sole purpose for selling your unneeded items is because you simply don’t want them taking up space in your home, then why not lower your expectations, a lot.   While you might have $4,000 in your house with all of the furnishings, the markets change faster than craigslist can update their ads.  So that $4,000 can easily turn into a few hundred bucks at the most.

As the world changes from a true recyclable society to a throwaway society, the landfills continue to become mountains of excess, with Storage Facilities becoming mausoleums of junk that we have sentiment, but have no longer a practical use, and the world places no value.   Many families who are stuck in the conundrum of what to do with a massive estate, take the personal property to a storage facility and then never pay the bill or have no intention of paying the bill after the first free month.

The markets change so fast that it is impossible to place a good estimate on pricing, as the average completed sale gives a ballpark figure, but not actual value.  Estate Sale clients go to eBay as the bellwether of what a good price is, however, unless they are taking the average of all of the good completed sales (not offers accepted – eBay never posts that information) then the items that are listed for sale are likely to be more sentimental value than actual market value.

And that, is why most of the items rarely sell.

Wikipedia word of the day is forehold : (transitive, rare) To hold or believe (something) beforehand; to assume; to anticipate, to predict.
forehold n

(nautical) The forward or front part of the hold of a ship.