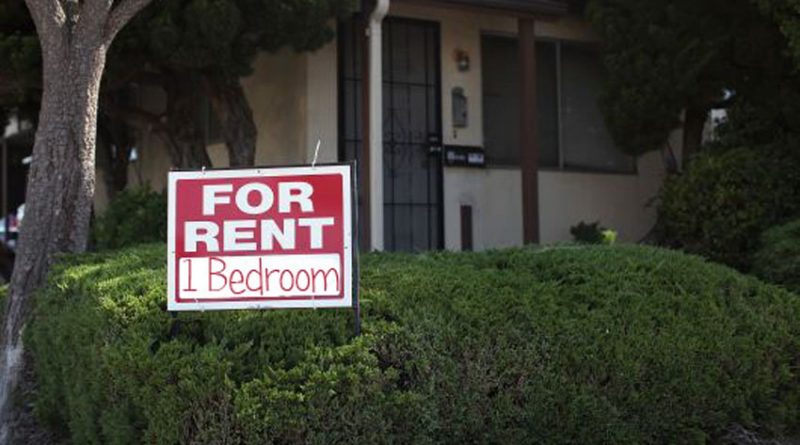 Home prices may be cooling off right now, but rents are heating up yet again.

After taking a breather in 2018, due to new supply on the market, rents for both single-family homes and multifamily apartments are now rising at the fastest pace in nearly a year, according to Zillow.

The median monthly rent in February came in at $1,472, an increase of 2.4 percent compared with February 2018. For the typical renter, this means about $400 more a year. This after rents actually fell last fall for the first time in more than six years.

“The rental market spent part of last year catching its breath after several years of breakneck growth,” said Zillow economist Jeff Tucker. “Landlords are now coming to terms with the fact that rent cannot grow faster than income forever, and after that short correction we can expect a much more vanilla, slow-growth market going forward. As we enter the 2020s, the demand for rentals is projected to fall as many millennials move on to homeownership.”

Of course all real estate is local, with rents now significantly higher than a year ago in Orlando, Florida (+7.0 percent), Phoenix (+6.8 percent), Riverside, California (+6.2 percent), Tampa, Florida (+5.5 percent) and Pittsburgh (+4.9 percent). Rents in New York City have seen no effect from Amazon’s decision not to build a new headquarters there. Rents in Northern Virginia, where Amazon is still on track to hire thousands of employees, are expected to rise, as home sales and prices are already getting a boost from investors.

Lisa Layden owns four single-family rental properties in Arlington, Virginia, where Amazon plans to put its new offices, and said the potential new rent prospects are, “a dream.” She is changing her timeline for holding her properties.

“Perhaps I would have sold in five years. I think for me it’s 10 years because of Amazon, and that would be their full hiring over a 10-year period,” Layden said.

Rents slowed for much of last year because of robust construction in the apartment market. Much of the new supply was on the high end, and some were concerned that vacancies would rise. Demand, however, remained strong, and now the supply is leveling off.

“Consistently, apartment occupancy growth has nearly kept pace with supply growth, as demand for apartments has been robust throughout 2018,” noted Barbara Denham, senior economist at Reis, in a December report. “Not only has job growth supported apartment demand, but the weaker housing market has also benefitted the apartment market.”

Home sales have yet to rebound so far this year, and home prices are still gaining. Mortgage rates, however, dropped at the end of last year and continue to fall this month, signaling potential strength in the spring market. More robust sales could take a little heat out of the rental market, but there is still a very low supply of entry-level homes for sale, meaning some potential first-time buyers will continue to rent, whether they want to or not.

What Are the Features of an Entertaining House? https://realtytimes.com/consumeradvice/homeownersadvice/item/1043312-what-are-the-features-of-an-entertaining-house