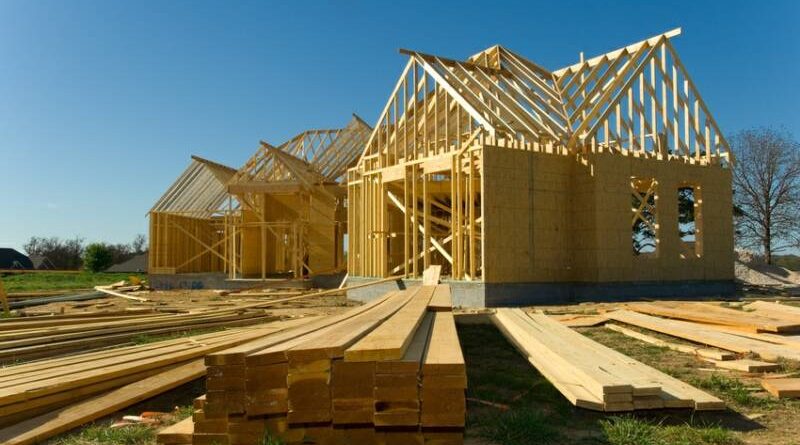 Not too long ago I got an email from an ex-prospect who decided to buy a developer’s property without a buyer’s agent. They persuaded her that she would get a better deal without them having to pay a buyer’s agent commission. They then proceeded to hose her. She wanted to know if there was anything I could do. The only answer I could honestly give was basically, “Sorry! The transaction is already done!” This is the way that developers like it. Once the transaction is complete, the damage is done. You own the property, and you owe the money. The only recourse is through the courts, which takes years as well as lots more money – and that’s if you win.

Many folks want a brand new house for one or both of two reasons. First off, there’s that new house feeling. Secondly, they don’t have to deal with a real estate agent, or so they think.

This is mistaken. The agents who work for developers are very pleasant, very professional sharks. They’re not legally allowed to actually lie, but other than that, they have no significant responsibility to the buyers.

Their responsibility is to get the most money on the quickest sale, period. If you let slip the wrong thing that leads them to believe you’ll be a difficult transaction, you can be torpedoed before you even start. They’re not there to tell you the bad things about a property, or that there’s a better deal two blocks over. They have a responsibility to get the property sold. Period. The developers hire them from among the very sharpest, most ruthless agents there are.

Indeed, developers usually have higher hurdles for buyer’s agents to jump over than any other seller can get away with. Buyer’s Agents must accompany the client upon their first visit, and register them in writing. Seems minor, but anyone else who tried this would be dead in the water as far as getting agents to show their property, while developers will do both of these and more. With anyone else, when an offer comes in through an agent, that’s enough. During the seller’s market, many developers were refusing to pay commissions to any buyer’s agents at all. This left potential buyers to pay their buyer’s agents themselves or do without. The feeling on the part of developers is that buyer’s agents spoil their party and prevent them from doing everything they want to their customers, so since they didn’t have to deal with them, they weren’t going to. The demand was there to sell the developments out whether they were willing to deal with buyer’s agents or not – and if they didn’t deal with buyer’s agents, they would have things more their own way.

This changes in strong enough buyer’s markets. Every last buyer is precious, so developers are grudgingly working with buyer’s agents. I went to a development with a client a few days ago, and the developer’s agent had no difficulty conveying the same sentiments as that classic San Diego bumper sticker, “Tourists go home – but leave your dollars and daughters.” They wanted my clients – but they didn’t want me. Some of it traces to the fact that they want the whole sales commission, some of it to the fact that clients with a buyer’s agent working on their behalf have a stronger proponent and negotiate better bargains, meaning lower bonuses and less in commission.

Indeed, a buyer’s agent is a fairly unique position in sales. A buyer’s agent’s responsibility is to get you the best bargain possible – lowest price for the best property. Since commission is based upon sales price, this is the only job I’m aware of that gets less money the better they do their job. The idea, of course, is the better they do their job, the more people will want you to do it for them. They may not make as much per transaction, but if a buyer’s agent does more transactions than they otherwise would, they come out ahead.

Some agents try to leverage this by rebating a percentage of the commission they would get. After all, it doesn’t take a lot of time to fill out an offer. However, it does take a lot of time to shop effectively for a given client. I’m making offers now for a client I’ve been working with for two months. I’ve probably spent in excess of a hundred hours physically looking at properties just for them, never mind researching the properties before I left, or all of the things that contribute to general market expertise. They looked at a few on their own – and stopped, because they were seeing better values with fewer issues through me. A good agent knows what else is available on the market – but the agent who sits there with a license and a fax machine has no clue. There’s nothing ethically wrong with agents getting paid for sitting by a fax machine. I’m perfectly willing to rebate part of the buyer’s agent commission if someone doesn’t want me to scout and evaluate properties.

If, however, you want someone who’s able to recognize what is and is not value, and who is going to be a strong negotiator on your behalf, thereby getting you a better property at a better price, you need someone who gets out of the office and looks at property. Agents can’t get that kind of expertise sitting in the office. And if your only qualifications are a real estate license and a fax machine, why are you making more than ten dollars per hour? What benefit does that have for the public? I visited a new development on behalf of some clients last week. They had one left, in which I spotted a foundation crack literally from side to side of the structure. I checked the area again today, because we’re still looking, and that property has gone Pending. I’m not a licensed inspector or contractor, but if someone can spot this before the sellers have your deposit, it can really save your bacon. If I were a discounter, that would have been my clients, because they loved the property until I showed them the crack.

People in the financial press like to complain about real estate commissions being too large. But they are not as large as they are by some accident of nature. People didn’t just decide to pay five, six, or seven percent of the sales price because someone told them to. Sellers do it because experience has taught them that they end up with more money in their pockets because of their listing agent’s expertise. It’s not a large jump from there to understanding that if the seller has someone whose expertise for one transaction is worth that kind of money, it’s a real good idea to have someone on your side who knows just as much, not only about real estate in general, but your market in particular.

Various businesses have been trying to offer real estate brokerage services at discounted rates since at least the mid 1970s from my personal knowledge. Traditional sales models have lost a little bit of market share, but they’re still going strong. There are reasons for this. Reasons like how long it really does take to get a property sold, like how much work it really does take to know the market.

Reasons like there is no way to evaluate the relative value of the property except by looking at lots and lots of properties. Reasons like the paperwork that has to get done, and the legal liabilities involved if something goes wrong, or the buyer isn’t happy, or any of hundreds of other reasons. Not to mention all of the transactions that stop before consummation. Real Estate is the only occupation I’m aware of that anything like the work we routinely do, and doesn’t get paid at all if the sale doesn’t happen. When discounters work for less pay, the only thing that can give in this whole process is the services they provide.

Developers know all of this very well. They are not charities. They are out to make the largest profit possible. They don’t hire discount agents. They hire the best agents they can get, and support them with large advertising budgets, because that gets the properties sold, and for enough more money to more than pay the costs of what they spend. These agents act very friendly, very charming and disarming, and completely ruthless. Developers’ strategy of discouraging buyer’s agents from being involved is part and parcel of ending up with more money in their own pockets. The only place for the money in their pockets to come from is the pockets of the people who buy from them. If you want to deal with a developer, you want someone on your side who knows enough about real estate and your market to stand up to the experts on the other side.